A year later - a word from our former president

In this article we will hear from our former President of the Swedish-Portuguese Chamber of Commerce, Hans-Erhard Reiter. He will tell us about his experience in leading the chamber for more than 10 years and how he sees the current path of the organization.

A year has passed since I stepped down as President of CLS and - with a bit more of a distance - I can now look back and forward.

These were ten rewarding years that I had the honor to lead and represent the Chamber. A completely new phase in the life of our organization focused on bilateral business relations was initiated last year - with new, very competent, and highly motivated leadership and with new challenges.

My personal credo is and was that an association like CLS that brings together people, companies, political and private organizations from two different cultures is of utmost importance for the development of society globally, to build bridges and to counter threats that might bring those bridges down. If we collectively, as CLS, can make a very small contribution it would all have been worthwhile.

During the past decade, CLS has had its ups and downs. The financial legacy that dated back to the ’90s was still limiting the activities of the Chamber. At the end of the first decade CLS was still in recovery mode. Then came the financial crisis that shook the whole world and Portugal in particular. Quite a few companies were forced to review their membership in organizations like CLS. And there was also the more particular legacy of the Chamber and its somewhat complicated relations with the other organizations that today so successfully form what we call Team Sweden that needed to be repaired.

If I am satisfied with just one thing that we accomplished during these years it is the fact that we managed to bring these organizations representing Sweden in Portugal closer together and make sure that everybody understands that cooperation is the only way that we can have an impact and continue to build the reputation of Sweden, its political representatives, its companies and its citizens in Portugal.

Together we demonstrated that in many areas Sweden was and is at the forefront of positive developments and innovation around the world: whether it is the environment, equality, human rights, new technologies, in particular telecommunications and IT, the health sector, or the transport sector, Sweden was and is making a difference. Working together we promoted some of the more advanced ideas that were developed in Sweden over the decades.

At this point, I would like to thank the four Ambassadors of Sweden who supported CLS and me during this time, the many Members of the Board, the Fiscal Committee, and the Treasurers without whom many of the accomplishments would not have been possible. We took a bold step some years ago when we decided to give the task of General Secretary of CLS to promising young professionals with at least some international experience. All four of them that served during the past years have done an excellent job and confirmed that, at the time, the Board took the right decision, particularly since CLS had lost access to the younger generation.

It was not easy to solve the question of succession. Many candidates were simply too busy managing their companies through agitated times and others were already serving on not-for-profit associations and were not available. I am proud to have proposed Jennifer Ekström as the new President of CLS from 2019 onwards. With good reason as the past year shows: Jennifer has assembled a new team, with important additions to the Board, she has developed a new strategy and new activities, and CLS is nowadays more dynamic and ebullient than ever. 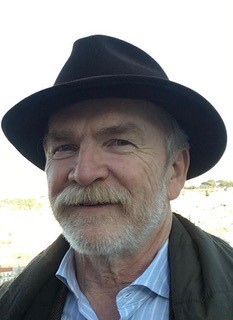 And I am honored to be allowed to continue to serve as Vice President ….