39th country in the world, among 190 countries analysed, where it’s easier to do business
(Doing Business 2020 by The World Bank).

Economic overview
With investments from global leading companies, such as Google and Mercedes-Benz opening tech and digital hubs in Portugal, to unicorns like Farfetch and Outsystems, multiple government initiatives for start-ups, a highly qualified workforce and Lisbon securing the Web Summit until 2028, Portugal showed its highest growth figures in over a decade. However, the evolution of the economic growth was conditioned in 2019 and 2020 by the pandemic situation that crossed the entire world.

In spite of the above, Portugal managed to recover from the conjuncture and the projections for the Portuguese economy point to the  growth of the economy of 5.8% in 2022, followed by a more moderate pace of expansion in 2023 and 2024, according to the Bank of Portugal.

This manifests itself in the real gross domestic product (GDP), which is expected to grow by 2% over the period 2022-24, reflecting the increase in employment, although progressively lower, and the fluctuation of wages. Disposable income reaches its pre-pandemic level in early 2022, reflecting the rapid and complete recovery of wages, along with growth in social benefits.

In the near future, it is expected a gradual moderation of the pace of world growth and of external demand for the Portuguese economy, as the recovery phase is over and the effect of stimulus policies dissipates.

Inflation, as measured by the rate of change of the Harmonized Index of Consumer Prices (HICP), is expected to increase  throughout the horizon,  standing at 1.5% in 2024.

Investment vehicles
Investing in Portugal usually requires the incorporation of an entity in the country. There are several investment mechanisms at the disposal of potential investors.

Branches
Branches are entities without legal personality and, therefore, dependent on the parent entity, which does not require the allocation of a certain amount of capital towards their activity in the Portuguese territory. To conduct their activities in Portugal, a branch must be registered under the Company National Registry (“Registo Nacional de Pessoas Coletivas”), as well as under the Commercial Registry. 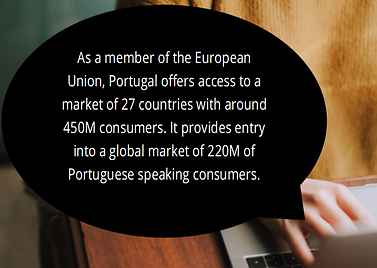 Company Incorporation via “Empresa na hora”
For the purposes of incorporating a company under one of the company types above described, an interested party may resort to a service desk created for this purpose, where the interested party may choose the company name from a list of pre-approved names. A name approved by the Company National Registry may also be chosen. The same applies to the articles of association, as there are several pre-approved models at the disposal of the interested party. The incorporation document will be drafted on the service desk, followed by its registry.

Online Company Incorporation
Alternatively, a company may be incorporated online. Any interested parties must submit all the information and documentation on the website created for this purpose. The interested party may choose a pre-approved company name or a name approved by the Company National Registry. Regarding the articles of association, the interested party may choose from one of the standard models or use a custom version of their choice. The required information for the initiation of activity must be submitted online. If the company should be incorporated with assets for whose transfer the law requires a higher level of formality, the online incorporation service may not be used. 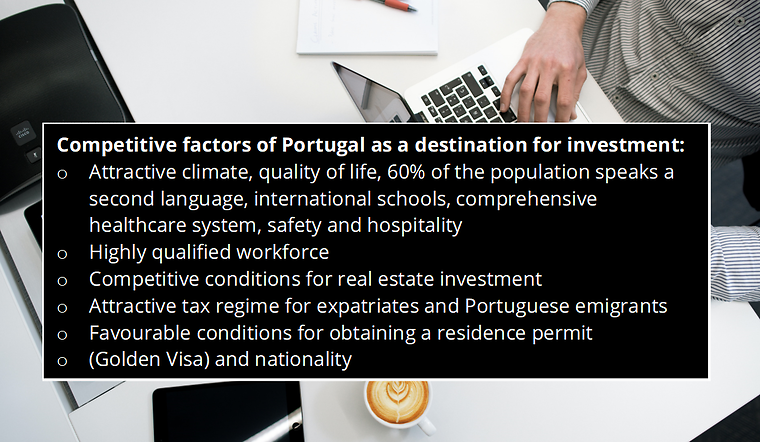 Tax regime for companies
A company’s taxable profit will be taxed at a 21% rate, except in cases where the company is considered, under Portuguese law, as a small or medium-sized company. In these situations, the applicable rate will be 17% to the first € 25,000, the rate of 21% is applied to the taxable profit in excess.

In addition, a Municipal Surtax (“Derrama Municipal”) rate may also be applicable, which can vary between 0% and 1.5% on the taxable profit, depending on the municipality where the company's headquarters is located.

Lastly, on the taxable profit exceeding € 1,500,000, a State Surtax (“Derrama Estadual”) is levied, according to the following rates:

Tax losses generated in years beginning on or after January 1, 2017, may be reported for a period of 5 years, subject to limitations.

Tax and financial incentives are available such as:

This information was provided by Sérvulo´s Scandinavian desk

is a specialized platform designed to advise companies and private clients from the Nordic countries. If you have any questions regarding this information please feel free to contact Sérvulo´s Scandinavian desk at . 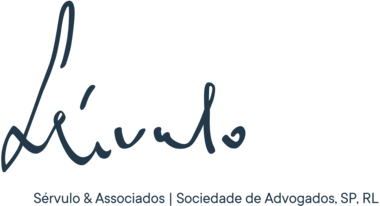